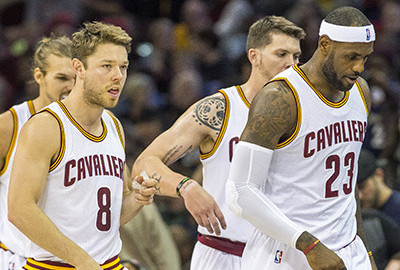 In Game 3 of this year’s NBA Finals, the Cleveland Cavaliers defeated the Golden State Warriors 96-91. While the team was lead by future Hall of Famer and Akron Ohio native Lebron James (40 points, 12 rebounds, 8 assists), the win would have been impossible without a surprising effort from Australian-born Matthew Dellavedova. “Delly” scrapped for 20 points, 5 rebounds, and 4 assists while, on the defensive end, stifling this year’s MVP Stephen Curry for the bulk of the game. The Cavs also got 32 meaningful minutes out of center Timofey Mozgov, another immigrant out of Russia. It was a classic American tale; a diverse group including immigrants, African-Americans, and Caucasians triumphed through hard work, tenacity, and cooperation.

Wait, are we still talking about basketball?

The Rust Belt is a multicultural land of immigrants and natural-born citizens who, like this year’s Cavaliers, must scrap for all their success. We’re a hardworking people, unassuming of success, yet we have the ability and the mindset to compete with the rest of the world.

Like the Cavs, an injured team playing without two of its biggest stars, the Rust Belt has faced its fair share of setbacks; the last few decades have not been kind to cities like Detroit and Cleveland. But we’ve endured years of struggle (something I’m sure every Cleveland fan can relate to) and now stand on the precipice of victory.

The Cavaliers have built a title contender out of natural-born citizens and immigrants alike, riding to victory on the backs of African-Americans, Caucasians, Brazilians, Australians, and Russians – it’s a team of the World’s most talented basketball players, regardless of ethnic, national, or racial identity. This trend can be seen throughout American sports; 33% of players in the NHL were born outside of North America, while 26% of MLB players are from countries other than the U.S. These organizations value skill over country of origin.

The WE Global Network has a similar vision for the Rust Belt; we see the hard work and drive in every American that has helped this region thrive in the past. But we also recognize the value of skilled, motivated immigrants. Immigrants have been the backbone of this country, and by utilizing their skills to the fullest, we can help this area boom. Our Lebrons are going to keep being Lebrons; that’s a given. But the effort from our Dellavedovas will make all the difference.